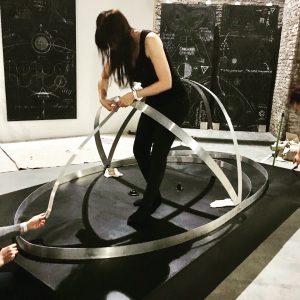 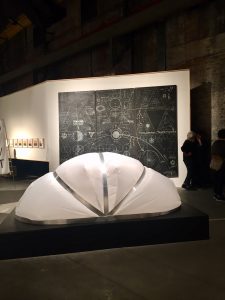 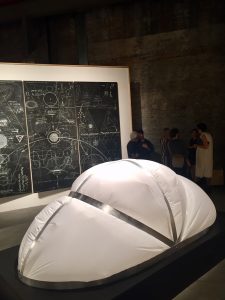 In its cycle character, all processes coincide, whether is the year, month, week, day, or a human life, the life of a culture or a race.
Graphically, the completed cycle is expressed by two signs or images represented in opposite directions, which symbolize the acts of depart and return.

«Cycle» is an artwork that represents a growth process, from a molecular vision, where one cycle occurs within another in the form of a chain, to an individual carrying his or her own cycle, which simultaneously interacts socially with other pairs in a specific context.
Bound to a specific reality, individuals grow and collide with the limits of a structure that in its expansion, while containing them, stops them and gives shapes them.

In this phenomenon, the stage of the system and its parts return to a previous instance, going through a series of phases that occur in the same order until reaching an initial stage where the cycle is restarted, behaving as a chance of living sculpture.